Sex and the long road to understanding.
When I was 3 years old we lived in Kensington, Central London. My father was away fighting in the war, someone I had never met. Under the continuous bombing, occasionally my mother’s nerve broke, then we would visit my aunt in Harrow.

This I loved, for living next door were two little sisters, but big girls to me, may be 5 or 6 years old. They also had a tent in the garden and on summer days they asked if I could play with them.

Lifted over the fence I was quickly led inside the tent and informed we would play a girls game called Doctors and Nurses. This involved them stripping off my clothes then examining me in close detail. They said this was essential to the game because I was a wounded soldier.

Naturally I believed them, mainly because for some reason I did not understand, I quite enjoyed it. Afterwards they would put me in a pair of their knickers and a dress. This, they told me, was because only wounded soldiers and nurses were allowed in the tent and everyone knew that nurses were girls. 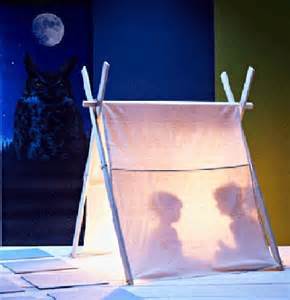 They then introduced another game. This involved rolling round on top of each other amidst much laughter and screaming. They called this game Mummies and Daddies. But only girls could play, which is why I had to wear a dress. I was not to meet this game again till my late teens and a lesbian beauty. She seductively informed me that continuation of her games required I put on a dress. But this turned out very different from my adventures in the tent.

Time passed, my interests absorbed by football, cubs, marbles, cowboys, Indians and climbing trees. Then once again I found myself confronted by the siren. Tall, skinny and in a class above me, she would have been 12, I was 11.
“Show me yours and I’ll show you mine,” she said. “You first.”
This seemed reasonable, even though I had been taught that ladies always go first. I obliged. I remember her being unimpressed. That, she said, meant I could not see hers. I thought this most unfair. I had been tricked and not for the last time; but it became my first lesson of seeking the wondrous yet forbidden territory that girls hid beneath their clothes. My mind had been fired.

Some months later I tentatively crept a hand up the jumper of a girl who sat next to me in class. In result I touched something soft yet exciting. I also received a smack in the eye. But I had ventured into what promised to be paradise.

Next blog, journeys into the unknown.